There are few times in my life when the specter of fear has been more evident than during the past year. Our most recent experiences with the Capitol Riot and the self-examination that accompanies it cause us to look into the deepest places in our psyche and soul.

I don’t intend to dive deeply into the happenings further here but rather examine its impact on our spiritual disposition. Richard Rohr, Franciscan Friar, and author makes this insightful observation.

“Brain studies have shown that we may be hardwired to focus on problems at the expense of a positive vision. The human brain wraps around fear and problems like Velcro. We dwell on bad experiences long after the fact, and spend vast amounts of energy anticipating what might go wrong in the future. Conversely, positivity and gratitude and simple happiness slide away like cheese on hot Teflon.” Rohr, Richard. The Universal Christ (p. 63). The Crown Publishing Group.

Rohr notices that we tend to hang onto the negative problems and let them accumulate like Velcro in our hearts and minds. Indeed, this explains why we often have a visceral response to this issue as they continue to “work within us” until we decide to let them go and clean them out.

This same observation was made by the Desert Fathers such as John Cassian in the 3rd century that we let these things go and not collect like “dirt” in our minds. His strategy was to “squash those thoughts like a bug” and move to something positive. However, that, as we know, can be hard to do.

So we need to connect the psychological reaction to negative thoughts and problems and our spirituality. If we go back to the Velcro for a moment and see it works.

“Velcro works by having two strips of material, one with lots of tiny hooks, and one with lots of thinner loops that the hooks can cling to when the two elements are pressed together. This mechanism of sticking was inspired by the way tiny hooks on the seeds of burdock, known as burrs, attach to animal fur and human clothing.” Source: sunny skyz

So when we hang onto each element of those negative thoughts and problems, we limit our ability to think positively or involve God in the process of resolution or letting them go. Each small hook links up to its neighbor hook, making it more difficult to release them. When fastening something it is a good thing, when trying to let go of negative feelings and problems, less so.

The following image found on the beach recently in CA, sums up some of the issues, at least from my perspective. The universal Christ, who is with us, is always surrounded by the world’s actions, many of which seem to be trying to obliterate his message. Let us spend this next week seeing this message front and center and letting go of the mass of negative Velcro thoughts we have amassed and seem unwilling to release.

For it is only in this release that we can let the true nature of God shine. And, it shines from within us! 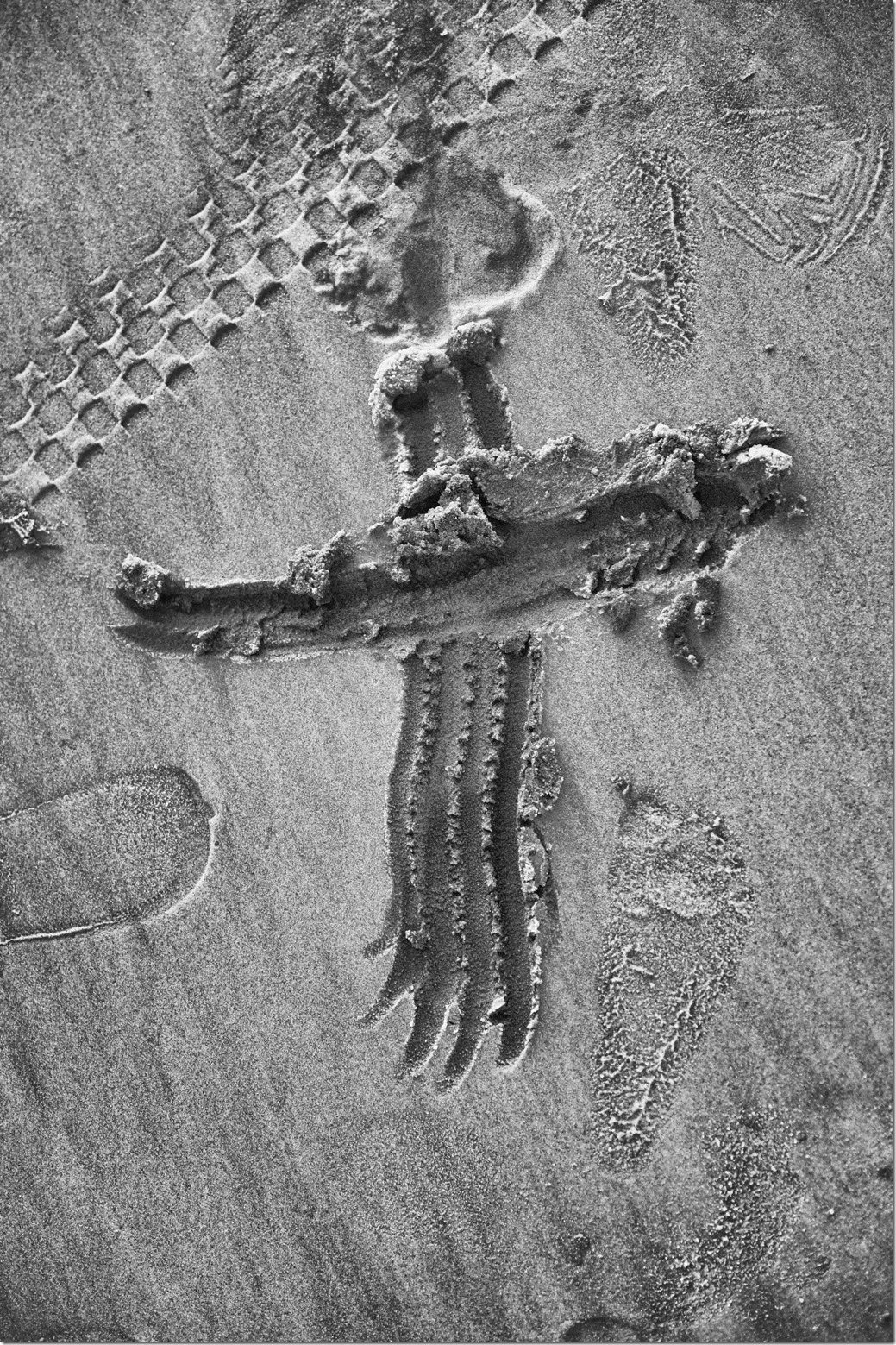 He welcomes home all those returning from their journey ...